Another overtime loss as Titan fall to Voltigeurs again 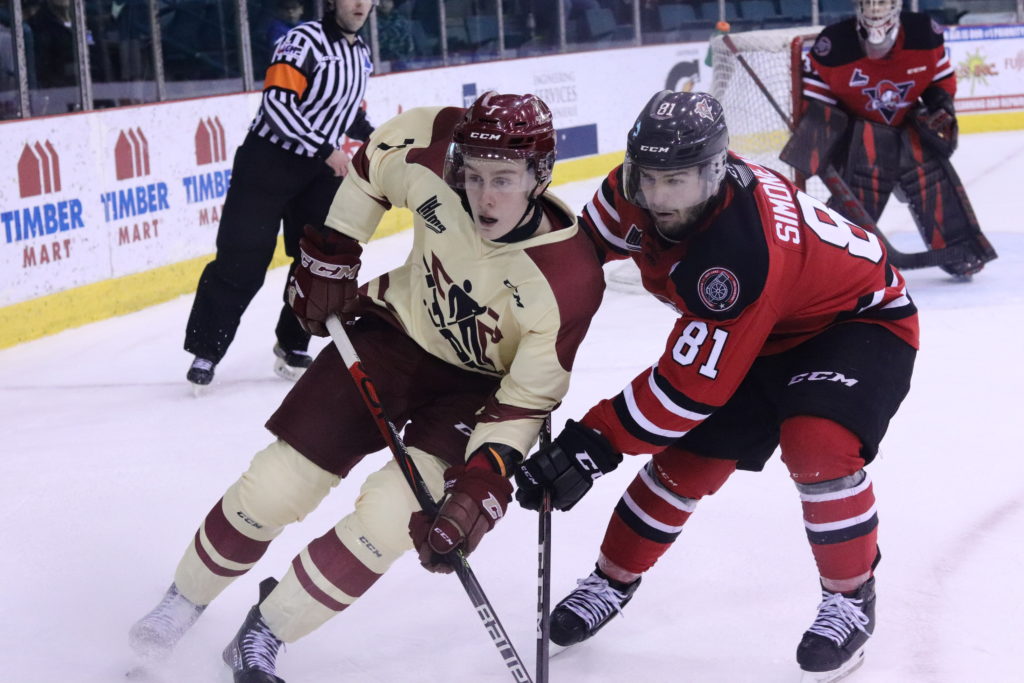 BATHURST – Another third period comeback and another overtime loss for the Acadie-Bathurst Titan. After giving up three straight goals late in the second period to fall behind 4-2, the Titan scored three goals in the third to force overtime before falling 6-5 to the Drummondville Voltigeurs.

A powerplay goal from Isiah Campbell gave the Voltigeurs a 1-0 lead three minutes into the game. Jeremie Jacob would tie it late in the first period beating both defencemen and putting a backhand shot past Anthony Morrone. David Doucet and Cole Larkin collected the assists as the teams went to the locker room tied 1-1.

The Titan got a powerplay early in the second period after the Voltigeurs were caught with too many men on the ice. Yan Aucoin fired a one-timer past Morrone to put them ahead 2-1 at 1:21. It stayed that way until the final three minutes of the middle frame as William Dufour scored twice and Xavier Simoneau added the other to make it 4-2 Drummondville after 40 minutes of play. Midway through the third period Mathieu Desgagnes forced a turnover and scored on the shorthanded breakaway to cut the Titan’s deficit to one. Former Voltigeur Remy Anglehart grabbed the only assist. The Voltigeurs responded quickly, however, to go ahead 5-3 just over a minute later.

Acadie-Bathurst weren’t ready to quit just yet, though. David Doucet made 5-4 with his fourth of the season at 13:20 before Bennett MacArthur redirected a pass from Noah Delemont to even the score at 15:49. Both teams had their chances late in the game but neither could secure the two points in regulation time, so we needed extra time. In overtime the Titan had several scoring chances but could not capitalize. William Dufour completed his hat trick at 4:19 to lift the Voltigeurs to victory.