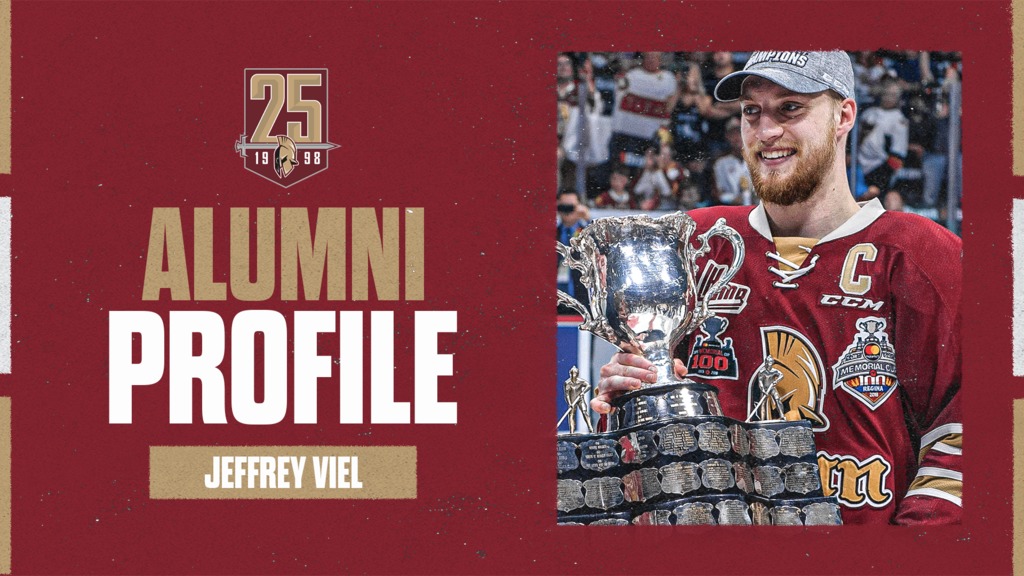 The Acadie-Bathurst Titan captain timeline is home to some great current and former players who’ve proudly worn the ‘C’ for Titan Nation. Throughout the course of our 25-year history we’ve had 28 Titan captains. Players who’ve taken the top leadership role with the team over that time include but are in no way limited to names like Martin Fillion, Jordan Clendenning, Simon Laliberté, Tyler Reid, Logan Chisholm and Jeffrey Viel.

Each captain has led the team during different milestones throughout our history. You have Fillion, who lead the organization to its first President Cup championship in 1999; Laliberté and Reid captained their teams to back-to-back President Cup finals in 2001 and 2002; In 2006 the Titan advanced to the QMJHL semi-finals under Clendenning’s leadership, and Chisholm brought hard work and dedication to the team as someone who went through the highs and lows (winning a Memorial Cup to Acadie-Bathurst’s rebuild and 2022 playoff run in the years afterward) throughout his five seasons wearing the Bathurst threads.

Then there’s Jeffrey Viel. The six-foot-one left-winger was drafted by the Sherbrooke Phoenix in the fourth round, 71st overall, in 2013 but would only hit the ice for eight games during the 2013-14 season. He spent most of that season competing for the Antoine-Girouard Gaulois in the Quebec Midget AAA Hockey League.

Then, former Titan General Manager Sylvain Couturier brought Viel on board as a member of the Acadie-Bathurst Titan for the start of the 2014-15 season. It may be cliché to say the rest is history, but Viel’s journey in Bathurst was just that: a storybook journey with a hockey happily ever after. In his first year with the Titan, Viel scored eight goals and had 10 assists in 64 games. The following year, his second season in Bathurst, the forward from Rimouski would more than double his points by scoring 33 goals and 23 assists for 56 points in 66 games. It was in his third season with the Titan (2016-17) he was named the team captain. That year Viel registered 35 goals and 25 assists for 60 points in 63 games, and the Titan went on to make the 2017 playoffs.

Then, the history-making 2017-18 year was underway. Viel would cap-off his final season in the major junior ranks with 39 goals and 23 assists during the regular season for 62 points in 58 games, before adding 14 goals and nine assists in 20 games in the playoffs. Surrounded by a team of power forwards, strong defencemen and a deep bench of character guys, the 2018 Acadie-Bathurst Titan beat the Boisbriand-Armada in Game 6 of the President Cup final and punched their ticket to the Memorial Cup. Then, as the smallest market team in the Canadian Hockey League, they made history by winning the coveted trophy on its 100th anniversary.

Despite never being drafted by an NHL team Viel continued to play his game and lead the Titan. In 2018, prior to winning the President Cup trophy, San Jose signed him. Now Viel is in his fifth season playing professionally, splittting his time between the San Jose Barracuda and in The Show with The Sharks.

Viel is the epitome of how one individual can captain a team to greatness – and in our case, helping write the Acadie-Bathurst Titan into the hockey history books. 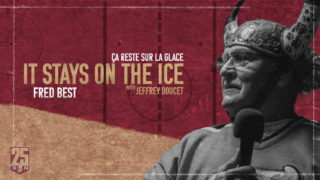 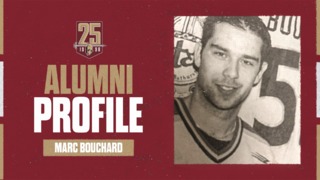 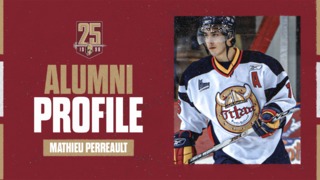