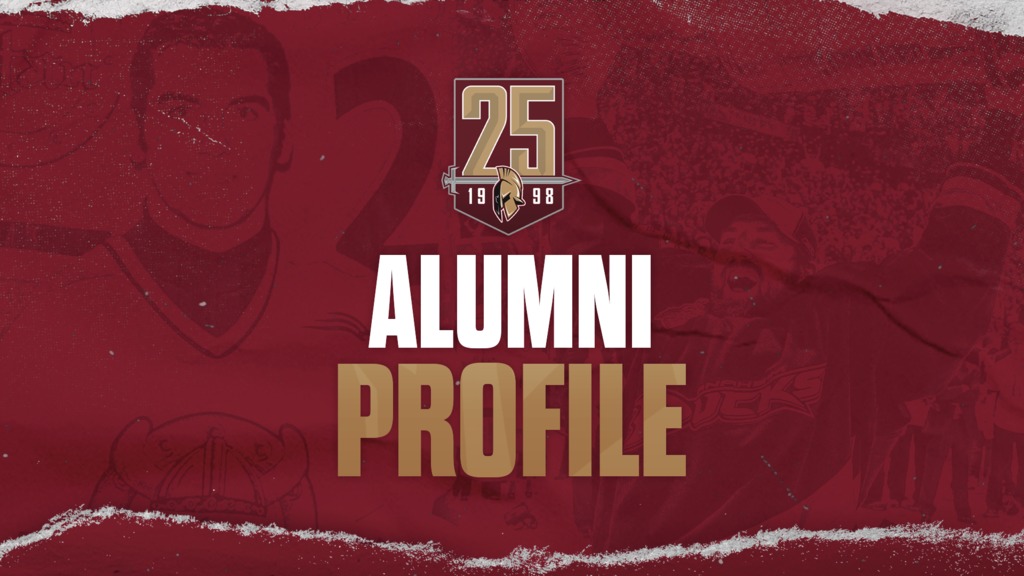 When the Acadie-Bathurst Titan relocated to the beautiful north shore of northern New Brunswick in 1998, it would mark the start of a championship journey for the new Bathurst team. During Acadie-Bathurst’s first year along the Bay of Chaleur (1998-99), Francois Beauchemin was entering his third year in the league and gearing up for a successful season at the K.C. Irving Regional Centre.

The blueliner netted four goals and 17 assists in 31 games that season, before going on to register another two goals and 16 assists in 23 games during the 1999 playoffs. Beauchemin and his Titan teammates efforts on the ice would payoff, and by the spring Beauchemin would lift the President Cup trophy above his head in victory. The following season he was named the team captain.

In his fourth year in the QMJHL, Beauchemin was traded to the Moncton Wildcats. Overall, he finished his major junior career having played 296 games, netting 47 goals and 169 assists for 216 points. Beauchemin made playoffs every year with his respective teams.

Beauchemin’s major junior success was but a glimmer of the successful professional career he would go on to have in the National Hockey League. The defenceman from Sorel, Quebec suited-up for 14 seasons in the NHL where he played for the Toronto Maple Leafs, Colorado Avalance, Montreal Canadiens, Columbus Blue Jackets, and of course with the Anaheim Ducks.

Beauchemin hoisted Lord Stanley above his head alongside his Ducks teammates after defeating the Ottawa Senators in the 2007 Stanley Cup Final.  We are proud to have such a celebrated person and player spend his early years wearing the Acadie-Bathurst Titan colors.